Do You Know this Union College?

Union College is in upstate New York in a city with a very distinctive name – Schenectady. Union was founded in 1795 and in addition to holding to its liberal arts roots, it has been quietly evolving and adapting to today’s student needs. Union is regarded as one of the few small liberal arts colleges that has a solid balance of liberal arts and engineering. Union now offers an Environmental Engineering Major and is bringing back Civil Engineering. With only 3 classes per trimester, students really get a chance to know their professors. For intro classes, the average class size is 21 students; for upper-level classes the average is 14 students. 80% of Union Students complete faculty-mentored research or creative work and 60% of students study abroad. 85% of students complete at least one internship. 97% of Union graduates are employed, in grad school or pursuing a post-grad fellowship within 6 months of graduation.

Union is known for its campus plan developed in 1813 by Joseph Ramee and it has stayed true to that original plan by making some significant upgrades over the years. They recently updated their Interdisciplinary Science and Engineering Center and several other academic buildings. And more than a decade ago they expanded the campus westward for student housing and additional sports fields. The campus that was shown in the Streisand/Redford movie, The Way We Were, is substantially different than the one today.

Schenectady is one of New York’s rust belt cities and for many decades there was a serious decline. Directions to Union College were designed to avoid having prospective students and parents see the downtown. It wasn’t uncommon for parents to love Union on campus but question the surrounding neighborhoods. Town fathers and Union worked together to change that through establishing Metroplex in 1998 and securing substantial funding to revitalize the area. This nearly 25-year effort has paid off and is a fantastic comeback story. But it wasn’t just the funding: Union’s students embraced the community through service. Prior to this total effort, Union was a walled campus with little connection beyond the campus gates.

It seems that someone always seems to know a Union alum and their career paths don’t seem to follow any pattern—a confirmation of what a true liberal arts school offers. Union has several different personalities in addition to its academic reputation. For athletics, Union is a Division 3 school with the exception of Division 1 Hockey with a classic win in the Frozen Four. With 130 active clubs, Greek Life, and the Minerva Houses, there is always something to do on and off campus.

Let us help you with your college search, whether it involves Union or one of the hundreds of other schools throughout the country.  We also have been helping families with test prep and all aspects of college admission.  So, reach out to learn more. 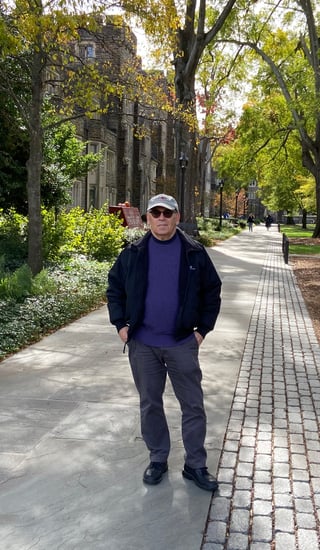 Now in our 18th Year

now is the best time for test Prep and College applications