How the test-optional wave will impact college admissions

how the test-optional wave will impact college admsissions

In the midst of college application season, students are at a critical moment in their lives as they navigate how to apply to college during a pandemic. While financial stress due to lost jobs and a battered economy has burdened those most vulnerable, the newfound leniency at the most competitive colleges and universities has motivated those who previously might not have made the cut. According to a recent article in the New York Times, the result is a wide gap in applications across the board. The most competitive schools are seeing a boom in applications, while less selective schools are struggling to hook applicants. Why is this and what are this trend’s implications on the future of students and college?

Average students take a shot at the Ivy Leagues

Because some of the most competitive colleges have been cutting their testing requirements, students that were low test performers are now feeling an increase in confidence. This results in an application boom. The article cites, “The nation’s most-selective four-year institutions, both public and private, saw a record-breaking 17 percent increase in applications this year, according to the Common App. Small liberal arts schools felt a boon, with applications to Haverford and Swarthmore increasing by 16 percent and 12 percent, respectively. So did large state schools like the University of California, Los Angeles, where freshman applications increased 28 percent.”

With such an increase in application numbers, that could also mean an increase in competition. Whereas in the past a test score might be the factor that determined one student’s admittance over another, the lines are blurrier now. However, just because the SATs and ACTs are no longer required at certain schools, this does not mean that these tests are not helpful to the overall profile of the student. 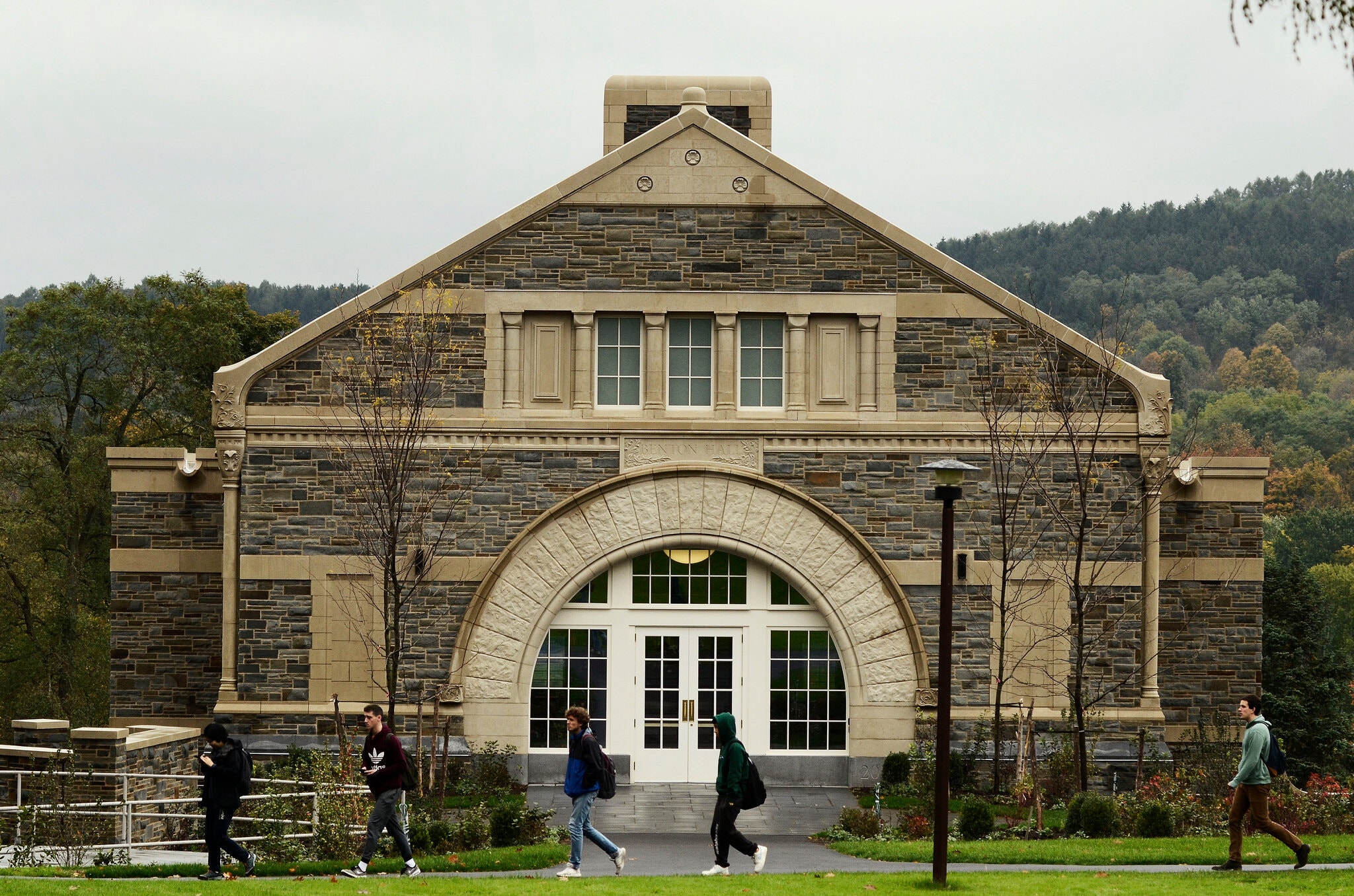 These tests were developed and used for years to evaluate concrete skills that students will need to thrive in their college courses, like reading comprehension, grammar and essay organization and math skills. Even despite the current context, there still is a place for testing as well as a holistic approach to application review. To best get a sense of the student’s performance and motivation, these approaches will coincide and operate for the good of the student applicant.

Less competitive colleges out of reach for the most vulnerable populations

On the other side of the spectrum, less selective schools are in trouble, with some forced to close. Strained by losses in revenue from sporting events and faculty cuts, a drop in applications can make or break their futures. According to the article, “Applications fell by 14 percent at the State University of New York, the largest public college system in the country. At Portland State in Oregon, freshman applications were down 12 percent and transfers down 28 percent. Loyola University Maryland, a private liberal arts school in Baltimore, has seen a 12 percent drop in total applications, even after extending its deadline by two weeks.” In a normal situation, for certain students, college would be a struggle to attain. But now with financial pressures pushed to the max, these students that might have applied to less competitive colleges are not applying at all. 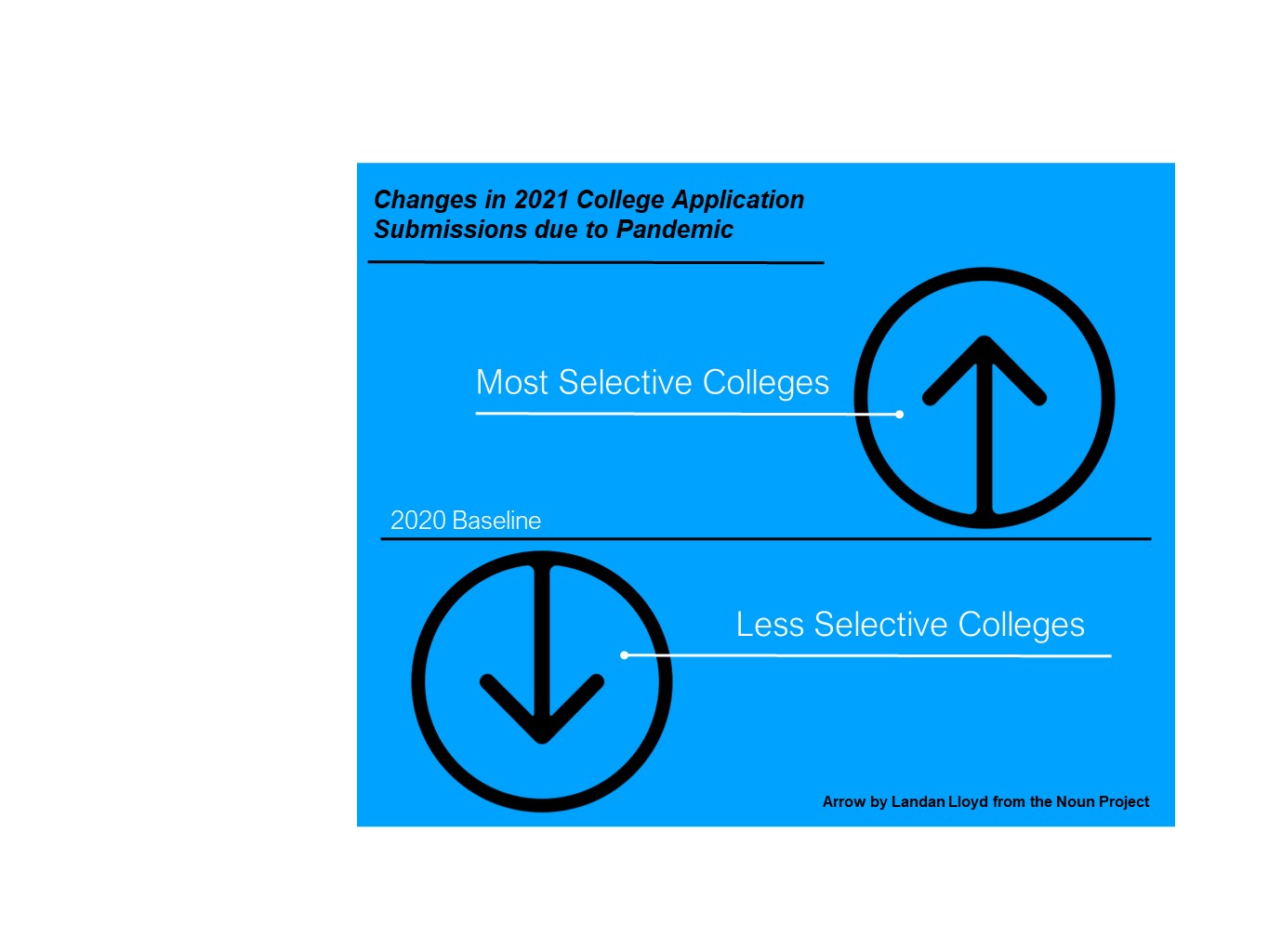 To add on top of this, testing availability and prep is not equal across populations. Colleges already do research to know that an inner-city student has less access to testing because of its cost, as well as the cost of test prep. However, there are certain community-based organizations such as YPIE (Yonkers Partners in Education) that help students gain some of the test taking skills that are needed to master the tests. The tests have value; they require students to read more than they might otherwise do in school. They also help students refine basic study skills, commit to a long-term project, and prepare for the competitive pressure that they will likely see when they go to college and enter the workforce.

Testing still has a place in college admissions

These trends mean that the doors are both opening and closing for financially stressed students. On one hand, minority students can apply without test scores, but must join the pool with other students applying to top schools. Overall, this makes the competition even more difficult. However, these students must take advantage of test-optional policies or risk not attending college at all.

The pandemic, while not the source of this gap in college applications and stress on colleges, is just another contributing factor to a problem that’s already been occuring. Only now, the problem is advancing and expanding. The tricky part occurs when “colleges usually admit students they think will attend. But this year, with increased competition for them, admitted students might start playing the field, or get stuck on wait-list limbo at more selective schools as a hectic year shuffles out.”

While it is dangerous to make broad brush assumptions, it is important to remember that right now, things are more uncertain in the college environment than they have been in a while. The fallout will be colleges that will cease to exist and will either close or merge, which is a trend that was already happening. However, testing still has its place in college admissions and if used with some caution, it can be a tool that can settle out some of the wide-ranging differences that exist. Especially because right now, high GPAs have less credibility than ever due to tremendous grade inflation. In addition, schools across America have a wide range of course offerings that require the basic skills like reading, writing and math, which is the cornerstone of the SAT and ACT tests.

While it is completely acceptable that schools are offering test optional policies, as many have been doing for over a decade, students can decide to send their scores or not. But if you ask students who learned through the test prep process, many would agree that it was worthwhile. For those who can't afford the courses or programs, that is fine too. But they will have to submit something else to demonstrate their ability. Otherwise the college process just becomes a free for all.

The pandemic is changing the way colleges evaluate students, but the core abilities required remain the same. For guidance on the college application process, give us a call to schedule a free consultation today!

Now in our 16th Year

NOW registering for Spring and Summer