How the test-optional wave will impact college admissions 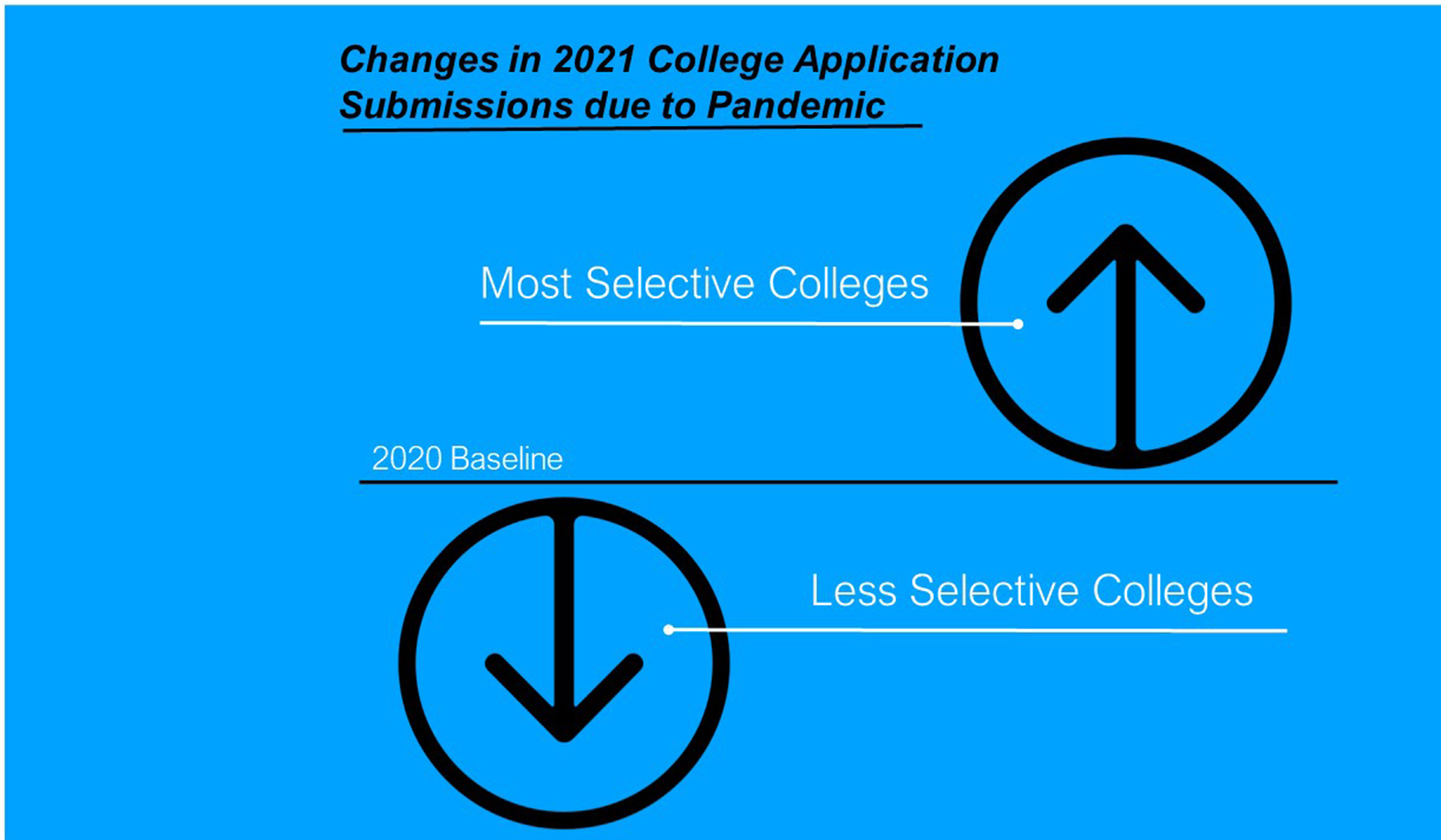 how the test-optional wave will impact college admsissions

In the midst of college application season, students are at a critical moment in their lives as they navigate how to apply to college during a pandemic. While financial stress due to lost jobs and a battered economy has burdened those most vulnerable, the newfound leniency at the most competitive colleges and universities has motivated those who previously might not have made the cut. According to a recent article in the New York Times, the result is a wide gap in applications across the board. The most competitive schools are seeing a boom in applications, while less selective schools are struggling to hook applicants. Why is this and what are this trend’s implications on the future of students and college?

Average students take a shot at the Ivy Leagues

Because some of the most competitive colleges have been cutting their testing requirements, students that were low test performers are now feeling an increase in confidence. This results in an application boom. The article cites, “The nation’s most-selective four-year institutions, both public and private, saw a record-breaking 17 percent increase in applications this year, according to the Common App. Small liberal arts schools felt a boon, with applications to Haverford and Swarthmore increasing by 16 percent and 12 percent, respectively. So did large state schools like the University of California, Los Angeles, where freshman applications increased 28 percent.”

With such an increase in application numbers, that could also mean an increase in competition. Whereas in the past a test score might be the factor that determined one student’s admittance over another, the lines are blurrier now. However, just because the SATs and ACTs are no longer required at certain schools, this does not mean that these tests are not helpful to the overall profile of the student.

These tests were developed and used for years to evaluate concrete skills that students will need to thrive in their college courses, like reading comprehension, grammar and essay organization and math skills. Even despite the current context, there still is a place for testing as well as a holistic approach to application review. To best get a sense of the student’s performance and motivation, these approaches will coincide and operate for the good of the student applicant.